From the desk of Dr Barbara Anderson

The astute among you will notice that this week's moth bears some resemblance to our very first moth of the week (Declana egregia) and they share the same first name. Naming of species in science, the so called Latin names are back to front compared to how we (in English) normally use names. The science names are "Latin" because they are latinised even though the names themselves are often derived from other languages, for instance English, Greek and in NZ Māori.

The Latin name is made up of two parts the genus name followed by the specific epithet. The genus name indicates the immediate close relatives of a species and is similar to how we in English use a surname or perhaps a hapu grouping. The species epiphet is second and each species within the genus has a different specific epiphet (just like brothers and sisters in the same family have different first names so we can tell who we are talking about - or calling for dinner).

All species have two names which together make a unique name for that species (the Latin binomial). There is usually more than one species in a genus (but not always - evolution is a tricky thing) and many very different species may have the same specific epithet (the second part). But together the pair is always unique no two species have the same combination. This is just one of the many things that a taxonomist like Dr Robert Hoare has to check before they name a new species. If you are wondering how someone might end up being a  taxonomist, the  Science Learning Hub has a wonderful short video about Robert's passion for moths.

I should write something about Declana atronivea itself. All 11 Declana species are endemic to New Zealand (found only in New Zealand and nowhere else in the world; see A Photographic Guide to Moths & Butterflies of New Zealand by Robert Hoare). Declana atronivea is one of the few Declana species found only in the North Island and normally I wouldn't have chosen a North Island species for Moth of the Week (at least until we get funding for the North island Puka Whakamārama o te Pepe Nui - Beginners' Guide to Macro Moths series). But this week something rather special happened. Following the Kim Hill interview on Saturday,  I received the most amazing surprise in the post - a ceramic Declana atronivea (North Island Lichen Moth) hand-made and hand-painted by Rebecca Pubben to hang on my office wall. I've changed the profile picture and banner so you can see both the moth photo and the ceramic from Rebecca side by side and see how amazing it really is. I never expected to get fan mail. And it really has made my week.

Declana atronivea's markings look quite striking but against a lichen background they are fantatsic camoflage. According to Dr Robert the larvae resemble twigs of the host plant covered in lichen. The host plant is the NZ native tree Pseudopanax arboreus commonly known as Five Finger, Puahou or Whauwhaupaku. 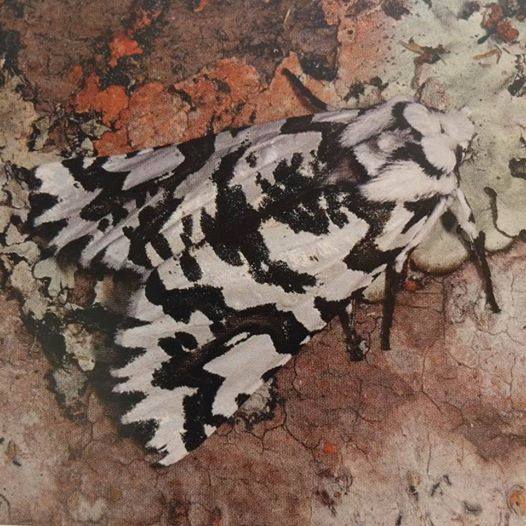 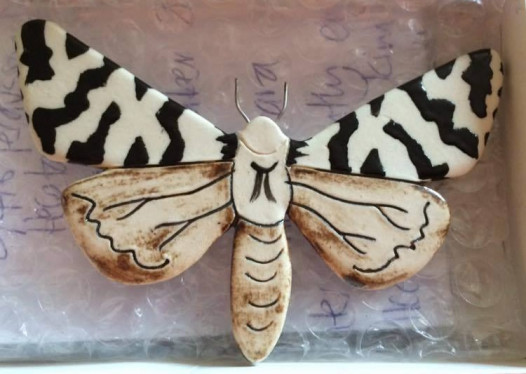 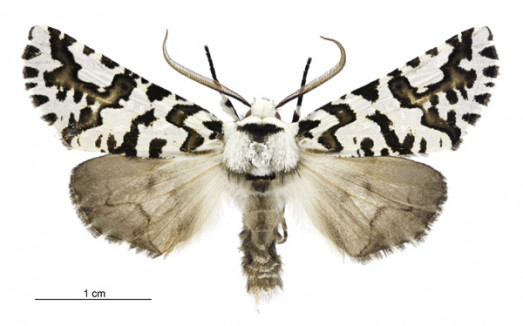 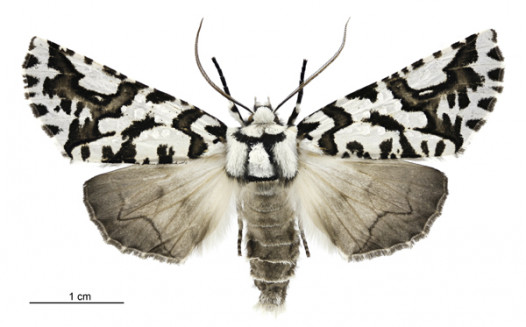